Solihull Talking Newspapers was founded by Graham Walker who lost his sight in his mid forties. Graham was inspired by an item about talking newspapers for the blind which he heard on the radio (see the HISTORY section on this website). He decided to look into the possibility of establishing a talking newspaper service for the blind and partially sighted people of Solihull.

Funding for the recording equipment was originally donated by Solihull Association for the Blind.
The first edition was produced on the 1st April, 1977, on 90 minutes audio cassette tapes. Recordings are now made using memory sticks and are approximately of two hours duration.

Volunteers record and copy 50 editions of the Talking Newspaper and four editions of the Magazine each year.
Recordings are made in a purpose built recording studio, currently this is in 'The Core' in Solihull. Over the years it has had a number of different locations including, 'Sutton Lodge', in Blossomfield Road i.e. No. 2 Blossomfield Rd.; 'Alice House' ; 'The Priory' and now 'The Core'.
Duplication of the tapes originally took place in the lounge, on the landing and in the bedroom of Graham Walker and his wife Renee.

Renee said of Graham " He was a modest man who gave all the credit for the 'Talking Newspaper' to the people who gave of their time to produce 50 editions of the newspaper and the four editions of the Magazine, each year."

Thanks to Mrs. Angela Shimell and  Mr. Chris Dale for putting these notes together and for providing the photos below.

All our yesterdays.... or some of them at least 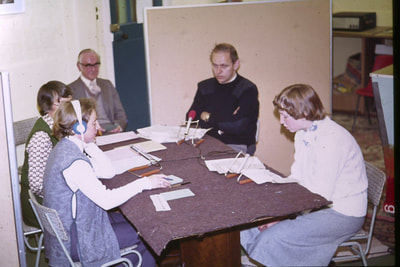 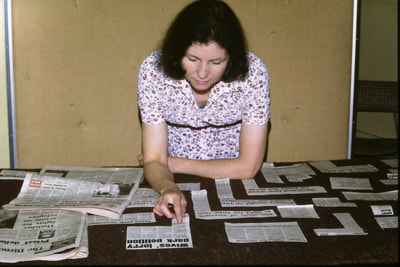 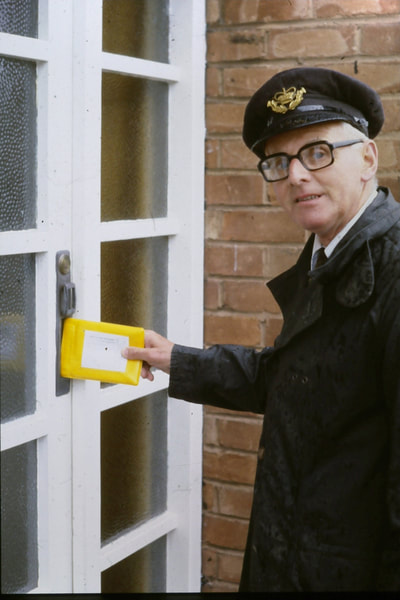 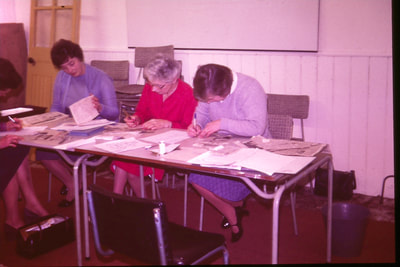 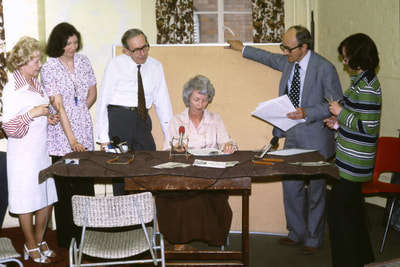 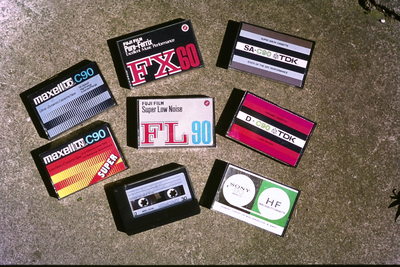 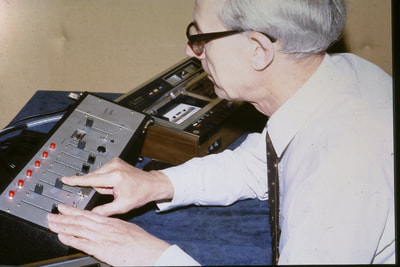 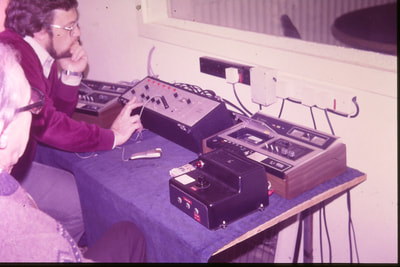 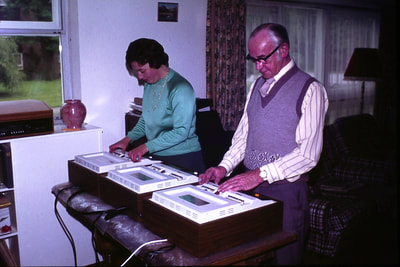 Please note that the above photos have been selected from the SBTNA archive and are decades old.
They are shown in good faith but if anyone has good reason for any one of them to be removed we will gladly comply.
Powered by