google7fedf786635918b9.html
Solihull Borough Talking Newspapers Association
A New Year message from the Mayor of  Solihull -
“I’m
"I'm delighted to be able to wish you all a Happy New Year.  This year has been a difficult year for many, as your organisation has experienced, but with light at the end of the tunnel here’s hoping that 2021 will be more fortuitous. Happy New Year to you all on behalf of everyone in Solihull”.
Councillor Stuart Davis
Mayor of Solihull

A new Chairman appointed
At a recent "virtual" committee meeting, members were delighted to appoint Linda Edgcumbe as the SBTNA's new Chairman.
Her email address can be found under the CONTACT tab to the left of this column.

SBTNA a group of volunteers based in Solihull have been honoured with the Queen’s Award for Voluntary Service, the highest award a voluntary group can receive in the UK. SBTNA is a charity that offers the freedom of its blind and partially sighted listeners to listen to local news whenever they choose. SBTNA is one of 230 charities, social enterprises and voluntary groups to receive the prestigious award this year.

The number of nominations remains high year on year, showing that the voluntary sector is thriving and full of innovative ideas to make life better for those around them. The Queen’s Award for Voluntary Service aims to recognise outstanding work by volunteer groups to benefit their local communities. It was created in 2002 to celebrate the Queen’s Golden Jubilee.

Recipients are announced each year on 2nd June, the anniversary of the Queen’s Coronation. Award winners this year are wonderfully diverse. They include volunteer groups from across the UK, including a community shop in Cornwall, an environmental group in Swansea, a group working with refugees and vulnerable people in Stirling and a thriving community arts centre in County Down.

Representatives of SBTNA will receive the award from the Lord Lieutenant of West Midlands sometime in 2021. It should have been in the summer of 2020 but had to be postponed due to covid concerns. Furthermore two volunteers from the SBTNA will attend a garden party at Buckingham Palace  in 2021, along with other recipients of this year’s Award. This will be on a date yet to be determind, again because of covid.

Mrs. Marion Canning, who was Chairman of SBTNA  at the time, said:

“How delighted we are that our group’s work to allow the blind and partially sighted freedom to hear the news at a time of their choosing has been recognised.
I pay tribute to the hard work and commitment of our volunteers throughout the years, some of whom have been with the charity for over 20 years. SBTNA made their first recordings in the 1970’s.”

You can read more about the SBTNA's history by clicking on the 'History' tab on the left hand side of this page. Ed.

1. Lord Lieutenants represent the monarch in each of the UK’s ceremonial counties.
2. This year there were 230 recipients of The Queen’s Award Voluntary Service from across the UK. More information on the recipients and the Award can be found at https://www.gov.uk/queens-award-for-voluntary-service
3. Any group of two or more people that has participated in voluntary work for more than three years can be nominated for the award. Full details on how to nominate are available at https://qavs.culture.gov.uk/nominations

Sadly, It has been decided to temporarily suspend production of our  Talking Newspaper after this week (19th March) but we will continue to review the situation until everything is back to normal. Our last edition for the time being will be put together on Friday by a few volunteers and on Saturday it will be sent to the listeners explaining what is happening. Maybe we shall have to do something similar in a few weeks time. It depends how long this Coronavirus situation lasts. We wish our listeners well and to stay safe.

Recorded message – to go on recording being produced on 6 March.

For a number of months, we at Solihull Talking Newspaper have been looking at some different ways to make both the weekly newspaper and the magazine available to listeners. This would be in addition to the usual way of sending the stick out by post – so don't worry that you'd have to change anything if you don't want to.
Already for example, if you can access the Internet you can go to our website SBTNA@weebly.com and click on the newspaper and magazine from the menu on the left of the screen. For screen readers, you would just follow the voice prompts given. Computers, i-Pads, and/or smartphones can all give you access to our website.
So to help us work on our future offering, and try to develop the newspaper and magazine to suit everyone's taste and needs, we want to hear your views. To give you a bit of notice, there'll be a questionnaire in with NEXT week's recording, and we hope you'll be able to complete it and send it back when you return your wallet in the usual way.
​


Listen Here!!
A new Feature - Listen to your local News and your Magazine - click on the tabs at the left hand side of this page - 'Listen to Latest News' and 'Listen to Magazine'.

We're on the Radio!
At least Marion Canning and Derek Bush were. On 16th August 2018, the duo were invited by Nick Whitehouse of Solihull Radio to do a 'PodCast'.
This was a terrific free publicity opportunity which our SBTNA stalwarts seized with both their hands.
You can listen to what they had to say by clicking on this link -
https://www.podbean.com/media/share/pb-jw5df-979819

The Photo below shows our John Hill  thanking Zone C of the Lions Club Midlands for their generous donation
The seven Lions clubs involved donated a significant amount of money which allowed us to purchase a new copying machine. In addition we were also able to purchase a large number of new USB sticks for our listeners to enjoy the weekly news and quarterly magazine. 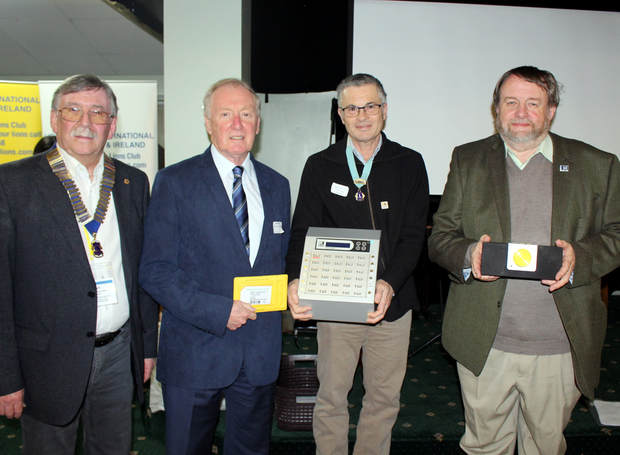 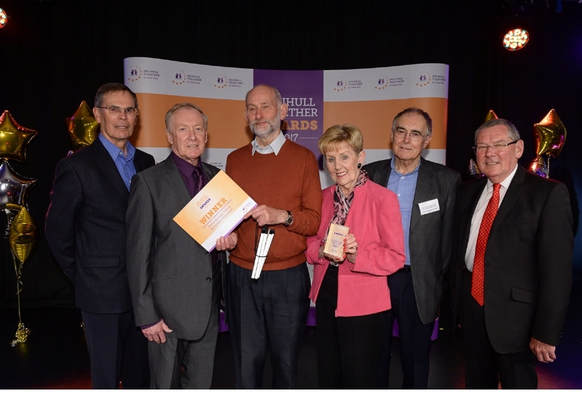 The above photo was taken on the occasion of the Solihull Together Awards presentation in 2018.
SBTNA won the 'Outstanding Community Project' award.
​Well done to all, it's nice to be recognised. Keep up the good work.

The people featured are, from left to right -

John McDonald, John Hill, David Carrington-Porter,     Marion Canning (SBTNA Chairman), Derek Bush (these five are all SBTNA volunteers and committee members).
The man on the far right and the presenter of the award, is Councillor Bob Sleigh O.B.E. 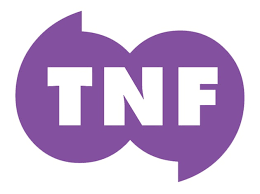